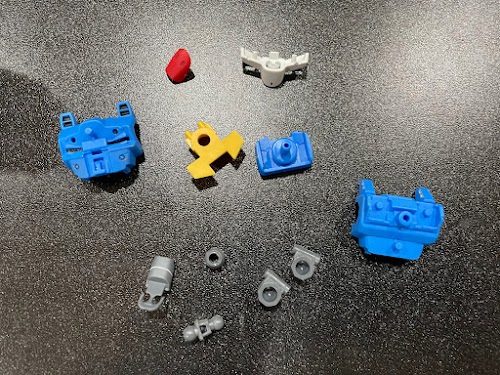 If you look again closely at the three components that make up the Victory, it’s clear that the Boots turn into the legs, and the Hanger turns into the arms and the lower torso (with a tiny bit of the upper torso as well). That means that the majority of the upper torso has to be made out of the Core Fighter, and sure enough, we’ll see plenty of evidence for this once it’s done.

In terms of construction, this one is easy. You’ve got a front half and back half that snap together, inside of which we place polycaps for the shoulder joints, and a small yellow piece for the Victory’s narrow chest vent. Then we just snap some additional parts on top of that to give it some extra color, and we’re done. 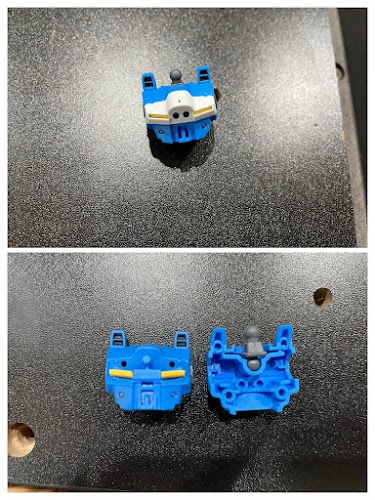 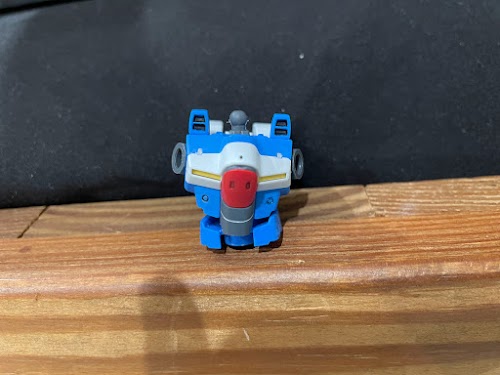 But let’s not forget the backpack! It’s only made out of three pieces, but it looks great: 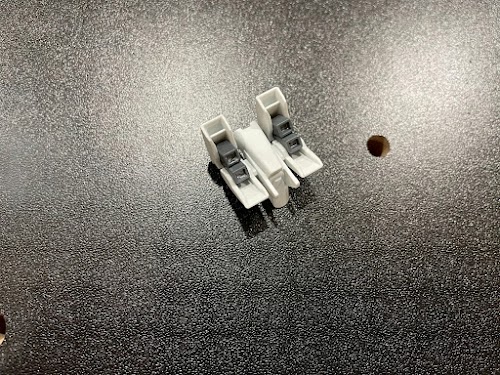 Now, if we take a look at this side view, it should become (mostly) apparent how the Core Fighter transforms into the torso: 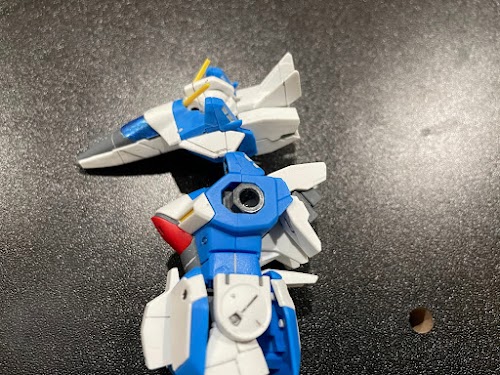 The backpack is clearly made from the fighter’s thrusters, the chest out of the fighter’s main body, and the nose is clearly hiding behind that red piece in the front. Like any transforming mobile suit, there are aspects of the transformation that handwavingly impossible, but compared to something like the Zeta, this one at least feels like it is within the realm of possibility.

I like how the thrusters are so small. It’s clearly signaling something - my guess is it’s either “these are more powerful than they look”, or “because of the Minovsky Flight System, these don’t need to be as large as they may have been in the past”. My guess is that it’s probably the former, because the Flight System doesn’t help in outer space. It’s still going to need to be plenty zippy out there in Zero-G.

The arms are almost, but not quite monochrome. Each one has a red block sticking out of the elbow each of which is a beam shield emitter. I think this little shock of red is necessary, as it helps draw attention to the arms. Beyond that, assembly is pretty standard, and the detailing, while useful, is very simple.

The shoulders are a little more interesting. They’re made out of three parts - a “front” and “back” plate that attach to a “top” plate: 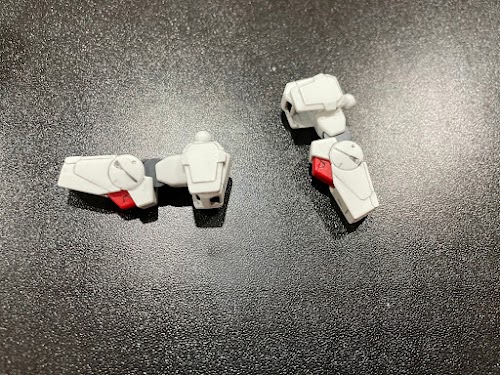 You have to be careful to attach them juuuuuust right. The individual pieces of the Victory’s shoulders are not supposed to be flush. For example, if the front plates are parallel with the ground, then the top plate should be pointing upwards at a slight angle. If you look at the photo above, the shoulder on the right is correct, while the one on the left is not (a mistake which I went back to correct).

Let’s attach them and see how it looks: 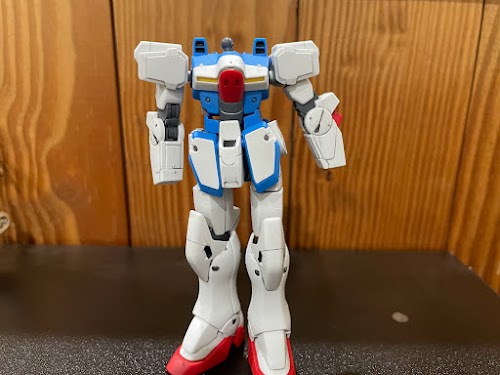 Both the arms and the shoulders are the only parts of the body that really, truly blocky. They’re a little (but important) reminder that at the end of the day, this is still a Gundam. On other hand, if it were all curves, it might run the risk of looking less like a Gundam and more like a villain’s design.

I also love the … unflushness of the shoulders. It creates a sense of depth and complexity without the need for loud, brightly colored vents that would work against the Victory’s aesthetic. 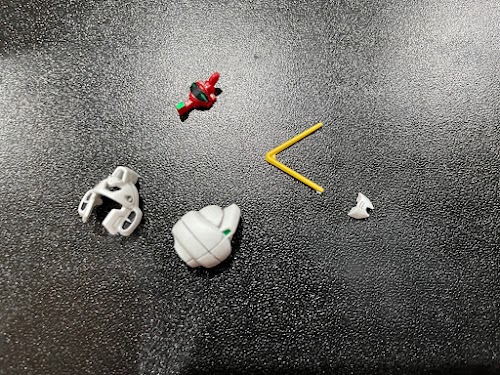 Some V-Fins are elaborate. They’re oten made to look like the crest on a helmet. But not the Victory’s. It’s simply shaped like … the letter V! There’s no red cap in the center, no extra fins or spikes, and no bends - it’s just two straight lines that come together. 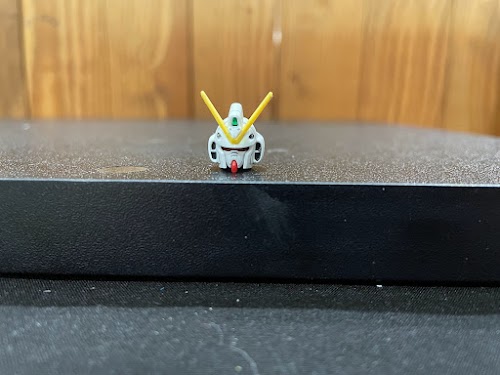 And there’s a reason for this. Here’s a hint - it has to do with its name. Much like the similarity of the chest to the French Cockade, this is another way in which the design incorporates a simple, obvious, but nevertheless thematically appropriate bit of imagery.

Other than that, I feel like the head is in line with the rest of the body. It’s a Gundam head for sure, but it’s a bit more curved and streamlined than usual. It doesn’t look all that mean or warlike, which both does and does not seem fitting.

And with that, the Victory Gundam is complete! 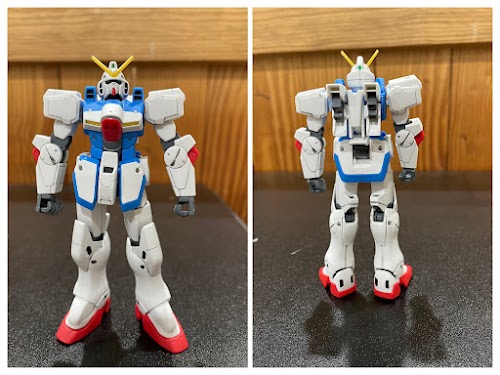 As always, we’ll give it a test spin in our final post (which is also, thankfully, the final post for Home Alone 2022).