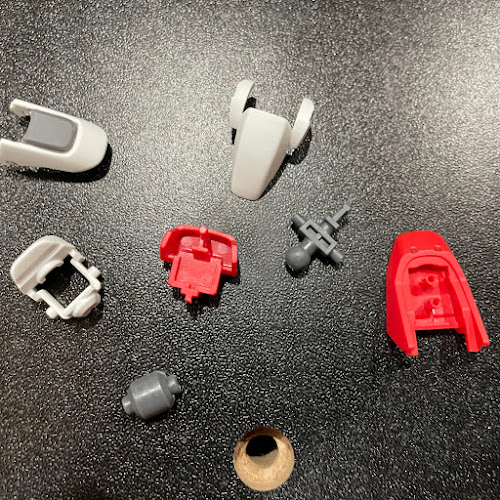 Most Gundam-types have long feet with squared off toes, but the Victory’s feet are rounded and comparatively shorter. It greatly resembles the foot of the F91, which makes sense from an evolutionary standpoint. Yet the Victory’s foot is cleaner and simpler, and is more in line with its that-much-more-elegant aesthetic.

In terms of construction, this is an odd one. You’ve got a cross-shaped ball joint which connects the foot to the leg. What’s curious about this is that the ankle armor simply rests atop the crossbar, like so: 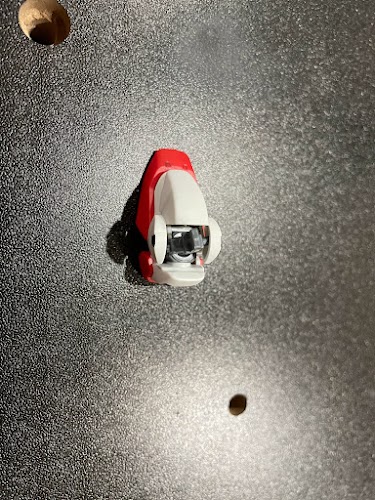 It doesn’t plug in. It isn’t connected or secured in any way. It just rests there. As far as I can tell, it isn’t more or less prone to popping off, so I guess it’s viable, but I’ve never really seen anything like that before.

In terms of detailing, there’s a few things we can do here:

Is it just me, or do the feet look a little bit like high heels? I mean, more than they usually do ... 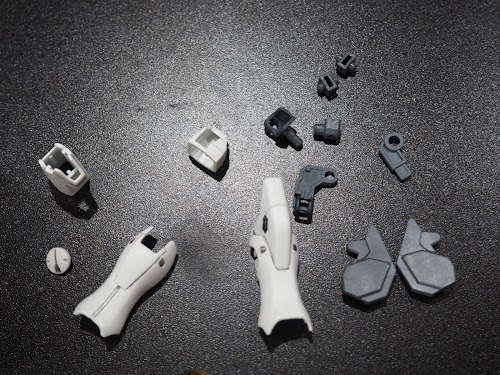 If it weren’t for a bit of shading and panel lining, these would the most monochrome legs I’ve ever seen on a Gundam. They’re like a mission statement all on their own - “We’re getting fancy by not getting crazy”.

And this is all there is too them: 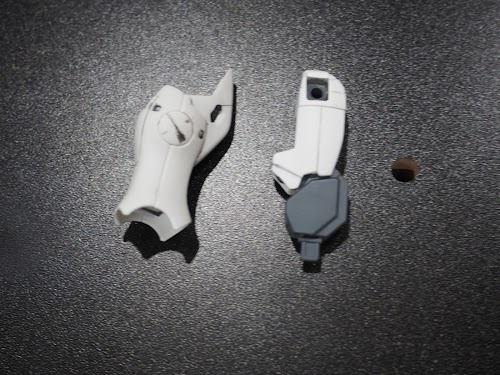 Just snap them together, plugin in the foot, and you’re done: 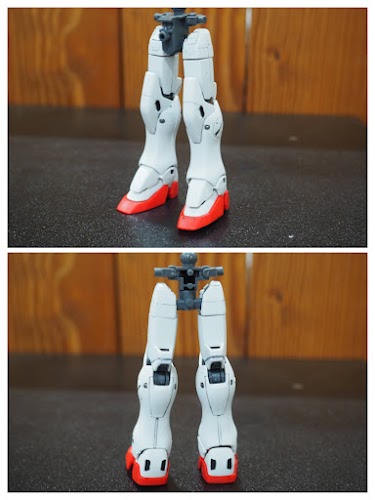 In terms of detailing, we have some good panel lines, and once again we have a few chances to add some shading, including one spot in the back of each leg, and two on the shin. This detailing is fairly crucial, as without it you’ve got nothing but a whole lot of white. You don’t even need paint to do the shading - a Sharpie with a medium tip ought to do the trick in a pinch.

Once complete, I think it looks fantastic. The detailing does just enough to keep it fully monochrome. and helps to highlight all the curves. Any additional color here would make it look too busy. 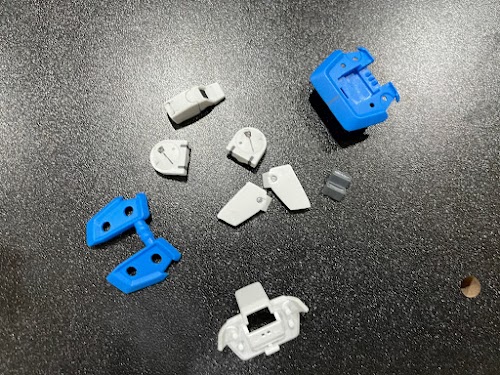 This is important for a number of reasons. It’s a fairly unique trait that helps the Victory stand out from the pack. It also balances out the all white of the legs, and keeps the mobile suit from being too monochrome. Lastly, it creates a throughliine of blue that starts at the top of the chest and runs down through the lower torso. 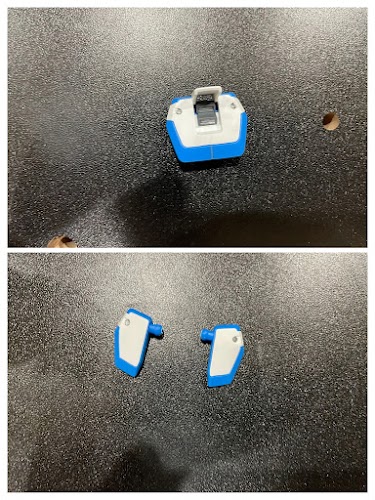 I also love that there’s a small thruster in the butt flap. You don’t often see thrusters here, even though it seems like a logical location for one. This is an example of another one of the Victory’s endearing qualities- it has all the same bits and pieces you’d expect to find on any mobile suit, but it’s subtle about it. 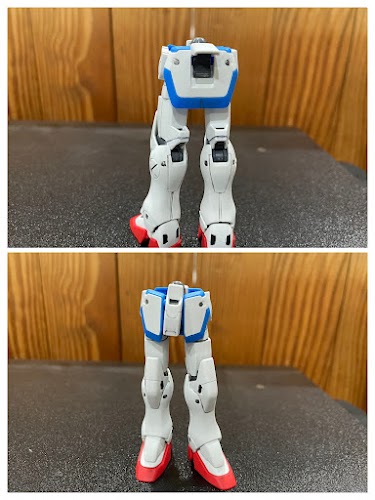 Several times now I’ve called referred to the Victory Gundam as being “elegant” and “aesthetically pleasing”. I’ve also mentioned how it’s feet look like heels, how it has subtle curves, as well as that throughline of blue running down its body.

It might sound like I’m describing a fashion model, and I don’t think this is coincidence. I’ve had this burgeoning theory that Gunpla is essentially “fashion with plastic models instead of human ones”. A lot of the terminology is the same, and the mobile suits are (mostly) human and shape. We even use the equivalent of makeup applicators to decorate them!

I’m sure there are lots of builders out there who are not secure enough in their masculinity to accept, much less embrace this theory. But it’s A-OK with me. Who cares if your models look f$^cking fabulous?