Let’s Stand up to the Victory and get this thing started.

(Sorry folks, it’s Gundam Law that you have to make a “pun about Victory Gundam’s opening theme any time you reference the show).

Being both a miniature mobile suit and a fairly simple design to boot, it should be no surprise that the Hight Grade Victory Gundam comes in an extremely small box, with only a handful of runners: 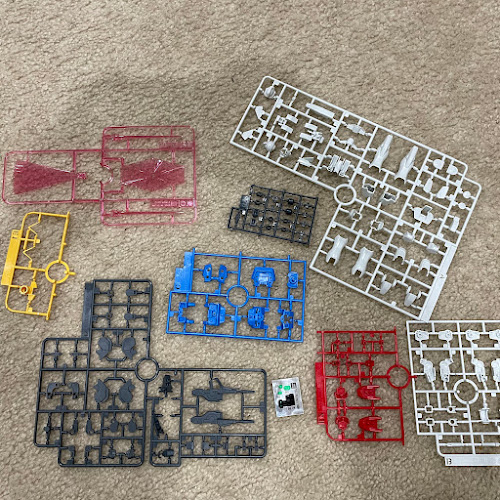 Still, it is a bit surprising just how simple it is. For example, about half of the parts on the blue runner are used on the Core Fighter alone.

Two of the parts came off of the ‘A’ Runner during transit. Thankfully I managed to spot them before they grew legs and vanished. In the photo above, I placed them where they are supposed to be.

Speaking of, let’s build the Core Fighter as a warm up.

For as small and simple as the Core Fighter is, they definitely didn’t skimp out on pieces: 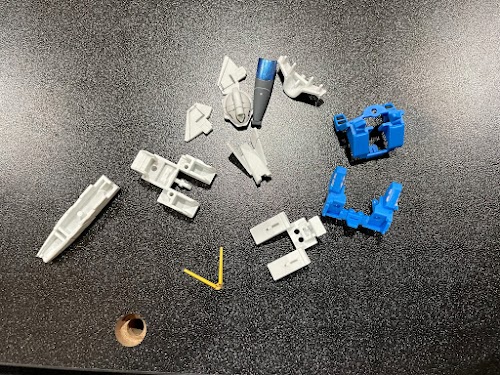 Most of the mobile suit’s upper torso is made out of the Core Fighter, and already you can see the outline of its chest: 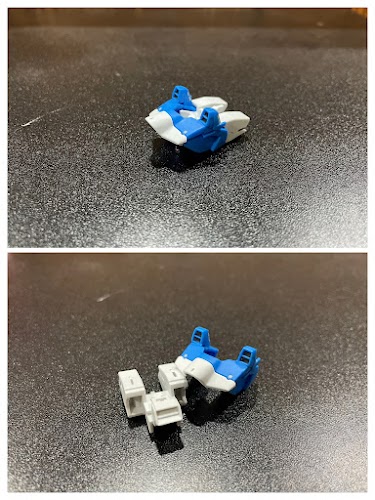 One of the interesting quriks of the Core Fighter is that the upper third of the mobile suit’s head is poking out from the top. To help with this, we get a partial head: 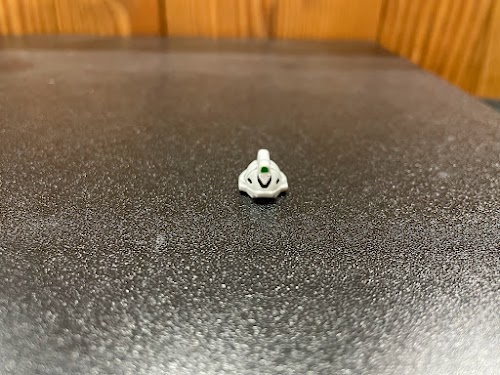 Sadly, there is no decal for the head camera, so I had to paint it by hand.

Once the head is in place, all that’s left to attach are the wings and the nose, and then we’re done: 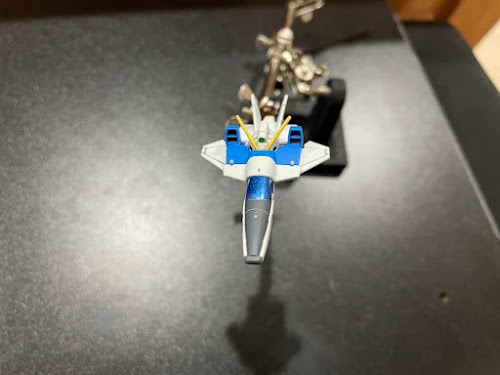 There are a few things to note here:

There doesn't seem to be a way to attach the Core Fighter to an Action Base. Not that I planned on dedicating a base just to this tiny thing, but it’d be nice to have the option. 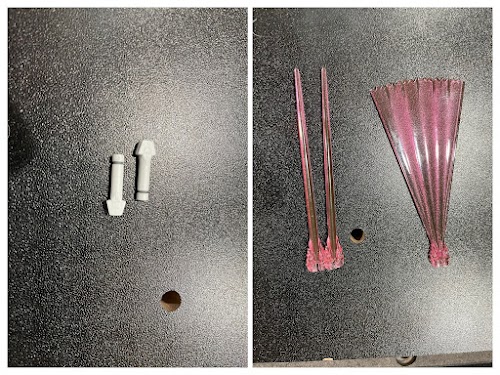 I love the look of handles. They’re ornamental without feeling over the top. It’s another example of aesthetics taking priority.

Even the beam effect parts look different, with that wide burst at the bottom. I’m not sure if that’s intentional or not, but it does add some variety.

Finally, we have the fan-shaped piece. This is not meant to be a literal fan shaped beam saber blade, as such a thing is never used in the show. Rather, I think it is meant to depict a beam saber being rapidly swung back and forth, which is a technique that is used rather frequently. I think it’s a neat idea to include such a piece, but it doesn’t really work. It still just looks like a fan, as opposed to conveying motion. 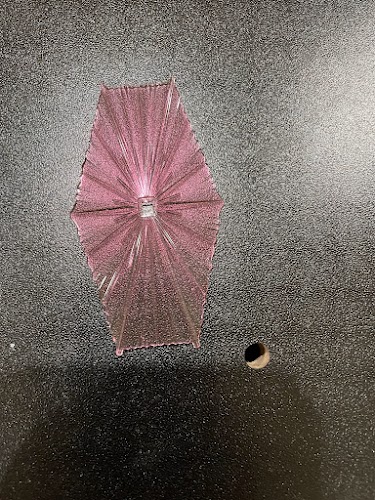 This is the same one used on the F91 and the Strike Freedom. It’s basically the de facto shape for a Beam Shield across most Gundam timelines. And because it’s a single piece, there’s not much to say or to look at. 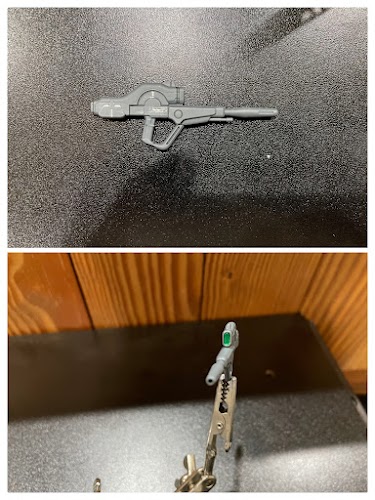 Compared to weapons from earlier decades in the Universal Century, this looks less like a real life firearm and more like a futuristic laser gun (laser blaster? space laser? I’m sure you know what I mean). There’s no obvious ammo pack, and the semicircular arc at the top is a wholly unnecessary (but small) visual touch.

But again, this suit’s all about aesthetics, and there’s something to be said about the elegant simplicity of the design.

This is your bog standard set of Gundam Accessories, but they get the job done. As for the Core Fighter, I’m a bit disappointed at the seeming lack of Action Base support, but I’m also glad it looks as good as it does.